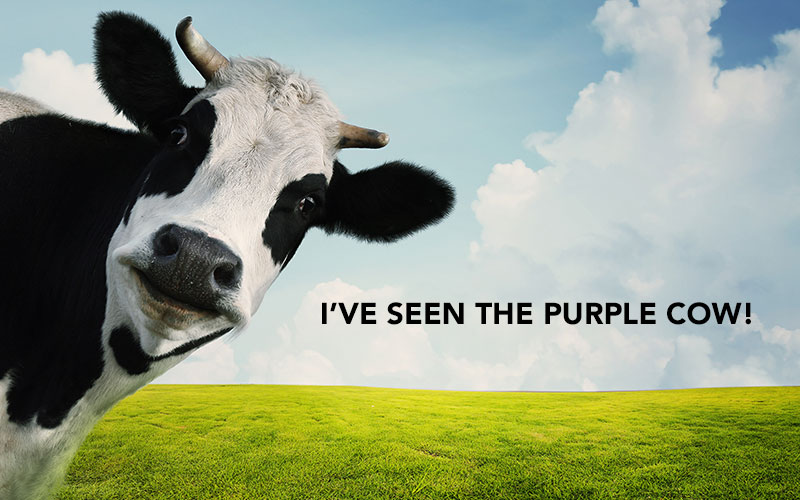 Large corporations are spending their large budgets fostering relationships with their clients. They have entire teams working on their social media presence to increase their relationship, even to the individual level. In today’s world, the success of building a clientele rests solely on a relationship with the individual. The most successful at relationships are the companies seeing greater success.

In the entrepreneurial and marketing world, Seth Godin is a business guru. His insight into business, market messaging, and customer relations is revelatory. His latest insight is on the purple cow in the field. I’ll quickly explain it in relation to this post but if you want to read more you can find his blog post here.

If anyone saw a purple cow in a field the difference between them and every other cow they’ve ever seen. The experience of seeing a bright purple cow would be jarring; impacting enough for them to contemplate it and discuss it long after the experience.

According to Godin, the purple cows in business today are the transparent ones. Transparency has become the single most powerful business tool in building relationships with customers. I wrote before how companies that are unafraid of their customers seeing their business from the inside are the ones seeing massive success.

Tech companies experiencing some of the most explosive growth in the industry are the ones who are pulling back the curtain and exposing their operations to their clients, and their potential clients. They’re posting their profits, their successes, and even their mistakes for the world to discover.

The Benefit of Transparency

Being transparent is being vulnerable. Opening the door for criticism in a way few can handle. At the same time, it shows the real strength and backbone of companies who understand the outlook of the modern consumer.

The average Facebook user has nearly 500 friends. One bad experience with a company and the reach of that experience causes much more harm than it did in the 1980s. Shady business practices are systematically being eliminated by the open sharing of customer experiences on the internet; broadcasting to the world. In a time when even grandma and grandpa have iPads, word travels fast.

Case in point, one woman left a negative review online after a horrible customer experience with a company called KlearGear. To her surprise, she was notified that if she didn’t retract her negative review, she would be sued according to the user agreement fine print she had “agreed to.”

For a tech company, this was a horrible error, and they should have known better. Tech blog Mashable covered the story, publishing it to their many thousands of readers. Who, after reading that, is going to do business with KlearGear? On the flip side, after a horrible customer service issue, Buffer published an entire blog post on their handling of the issue from the standpoint of “we’re learning from our mistakes.”

Yesterday, I wrote a post about Uber increasing their prices over the last weekend, charging customers 8 times their normal rates. While they claim to be forthcoming in explaining their “surge pricing,” there is a disconnect between them and their customers. 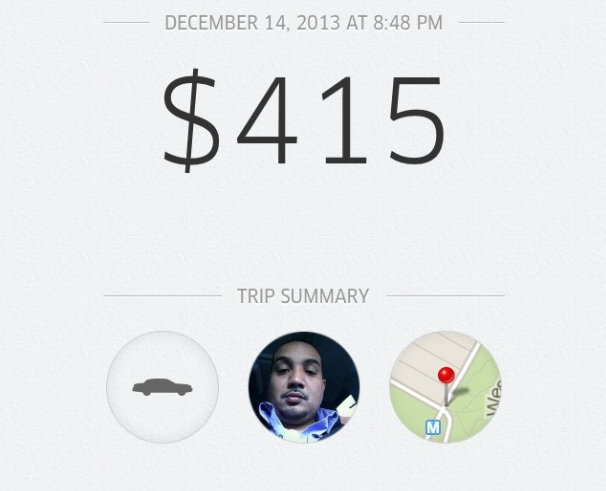 Angry customers have been venting their growing anger at the budget black car service the last few days. Today Mrs. Jerry Seinfeld herself joined the fray, attaching a screenshot of her Uber bill, using the hashtag “#neveragain.”

While Uber’s surge pricing may guarantee there’s enough cars to meet demand, customers who were blindsided by price increases of 800% are furious, and rightfully so. Uber now faces a firestorm of anger from their own customers. It would have been so much easier to handle if each customer was educated on the pricing policies; knowing what to expect in a snowstorm.

Uber is a company that has revolutionized the budget black car service industry. They are geniuses on so many levels. They will survive this negative PR storm and continue to grow. They will, however, have to vastly improve their transparency with their clients if they wish to improve their reputation with their clients and their circles of influence. When Jerry Seinfeld's wife is involved, that's a pretty big circle of influence.

Customer Service in the Broadcast Age

Even large corporations are now vulnerable to uncontrolled transparency. Some who have tried to KlearGear their way through customer service have faced the fury of the public when the story goes viral on the internet.

United Airlines is one such company, now known as the company that breaks guitars.. Dave Caroll, a musician in a band called “Sons of Maxwell” boarded a United Airlines plane from Halifax to Omaha. After boarding the plane, the band members were shocked to hear a woman exclaim, “oh my God, they’re throwing guitars out there!”

Looking out the window, they watched the ground crew mindlessly tossing their guitars with no regard to their value. When Caroll attempted to get someone to handle the situation, they were constantly given the run around by employee after employee, passing the buck to anyone else.

After a year of frustration, United told Caroll they would not accept responsibility for the damage inflicted, including a smashed base of a Taylor guitar. Finally, Caroll decided to use their talents as a way of publicizing their message.

Caroll informed United that he was a musician and if they didn’t settle, he would make 3 music videos about his experience. United declined his offer, claiming they would not be responsible for the damage to the instruments.

To the surprise of United, the music video of the story went viral, gaining thousands of views on YouTube. Changing their tune, United reached out to Caroll to try and settle the dispute. Caroll, now past his patience declined and has since written a book entitled “United Breaks Guitars,” named after their smash hit song. 4 million views later, a United Airlines official claims the song has cost the company upwards of $180 million, enough to buy 51,000 replacement guitars.

Today, Caroll has a side business speaking and consulting on customer service for companies.

What Do You Think?