Do Limo Services Harm the Environment? 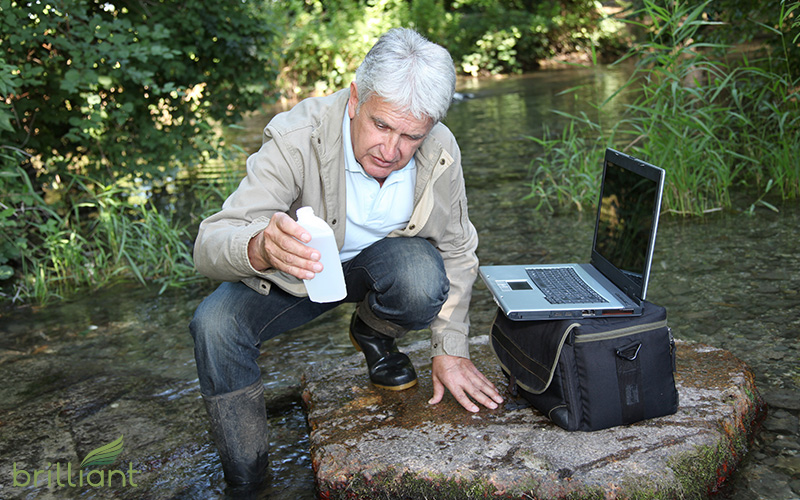 In today’s climate of concern about the risks of global warming and other environmental harms, many consumer are becoming more conscious about the impact their transportation activities have on the world around them. Transportation operators have also responded to this concern, by being more careful about the way they consume energy and also by trying to make their fleets greener.

Twenty years ago, nobody really thought much about how limousine services affect the environment, but today, consumers are more likely to ask questions, and also to  seek out providers that are doing more to minimize their impact. So although we don’t get asked this question all the time, more clients are asking us whether limo services harm the environment.

In terms of measuring an definitive impact, this is not really an easy question to answer. Certainly limousine fleets are contributing to tailpipe emissions just like every other car on the road. Perhaps a simpler way to understand at the problem would be to look at the total amount of miles driven by each transportation segment  and then try to determine whether the livery industry helped lower that number of overall miles driven by decreasing the number of individual car trips through passenger ridesharing.

The Transportation Industry Has a Large Impact On Our Environment

I don’t have access to statistics to really highlight this this particular point, but the greater number of people sharing trips and rides through a limo service can in fact help reduce the nation’s carbon footprint by taking more individual cars off the road at any given time.

One might argue that people taking additional pleasure trips in limousines beyond their normal driving budget could be adding unnecessary emissions to the overall picture, but you have to consider that these trips would probably be driven anyway. It’s just a question of who is doing the driving and who is able to more efficient about it. And transportation companies can help minimize these emissions by making their fleets more fuel efficient, which many of them are doing as the whole transportation market is moving in this direction.

Certainly there’s no question that the traveling public does have large footprint on our emissions. According to the National Limousine Association, the growing livery industry serves 1.38 billion passengers annually, operating approximately 132,000 vehicles nationwide, distributed among almost 9,500 companies. It is estimated the annual gross revenue for operators in the U.S. is $2.4 billion dollars. That’s a lot of people moving around and the number of vehicles in service includes everything from tour buses, sedans, hybrid vehicles and super-stretch SUVs.

The more bus trips taken helps reduce the number of individual car trips on our roads. And the use of hybrid vehicles in livery fleets is increasing everyday, helping lower average fleet fuel consumption.

Many of the large fleet operators are driving the trend of increasing utilization of alternative fuels  and hybrid vehicles, because their large corporate clients are increasingly requesting this. This is a win/win situation for both the clients and operators. And what the large companies do, the smaller operators try to copy in order to catch up with the marketplace.

What may surprise the average limousine consumer is that operators of large bus fleets have made more progress in the area of alternative fuels than companies that just focus on cars and SUVs. As mentioned before, bus operations have the advantage of being able to transport more passengers in one vehicle which automatically increases efficiency, and they are also more likely to use alternative fuels such as compressed natural gas (or propane) and clean diesel. Many airport transport fleets have already converted to CNG around the country and they are burning cleaner. Diesel use and regulation has also come a long way in reducing particulate emissions in the last ten years. Diesel fleets also help the overall situation by being much more efficient than comparable gasoline engines.

Almost every major limousine company now offers a choice of hybrid vehicles in their fleet, particularly the Toyota Prius. The Prius has had an even bigger impact in the taxi industry as well. A large number of taxi cabs in major cities, particularly on the West Coast are now Priuses. Their increasing numbers are testament to the both the vehicles efficiency and reliability, as well as proving beyond doubt that hybrids are a good investment on many levels.  It makes sense to use these fuel efficient vehicles because with the daily mileage that they rack up, the fuel savings can really add up to big savings annually, putting more profit in the operators’ pockets. So saving the earth and increasing profits don’t have to be mutually exclusive!

But it’s not just in the sedan segment where limo operators are improving their fuel efficiency. Even the larger cars are benefiting too. Many of the SUVs in fleet service, such as Ford and GM are flex fuel vehicles, meaning they can run on both regular gasoline as well as ethanol. E85, a blend of 15% gasoline and 85% ethanol is the most popular alternative fuel in the U.S. and while not widely embraced by retail consumers, many fleet operators are taking advantage of the refueling infrastructure where it is locally available to power their vehicles on the reduced emissions fuel.

The other alternative fuel having a big impact on fuel savings in fleet operations is the new low sulphur burning diesel. In the U.S., diesel is not just for big trucks and buses anymore. Several European manufacturers now offer diesel powered SUVs and sedans among their product line, and the Audi Q7 diesel power plant in particular has become a popular vehicle in many upscale fleet lineups. Even American car companies are starting to increase their diesel products in the passenger car and light truck categories.

Another product that is having success penetrating the livery industry is the Mercedes Benz Sprinter van line. The Sprinters are exclusively diesel powered as Mercedes doesn’t even offer a gasoline version for sale anywhere in the world. These vans are being used increasingly in the luxury van segment, where they serve as passenger vans (minibuses) and luxury transports.

In addition to clean burning diesel, biodiesel is slowing making inroad in many markets. One of its biggest drawbacks is that it can be hard to source in many places. But where it is available, many companies, particularly in the trucking industry are taking advantage of it.

Going Beyond The Fuel Pump

One of those companies using biodiesel is Brilliant Transportation. Brilliant maintains a fleet of high-end luxury Sprinter vans in New York and Los Angeles. In New York, the company has already converted their all diesel fleet to 100% biodiesel, and is also making future plans to do the same in Los Angeles. In addition, their gasoline powered fleet of Cadillac Escalades, are also flex-fuel vehicles.

For Brilliant Transportation, the switch to biodiesel was really an organic move, as opposed to being publicity driven, and it stems from the company’s deep commitment to being green and also being a transformational player in the luxury transportation space. Brilliant has taken their commitment to being green beyond the fuel pump, by embracing waterless vehicle cleaning which saves huge amounts of fresh water as well as only sourcing green, non-toxic cleaning products and office supplies. The company also carefully monitors its electricity consumption with the use of innovative appliances, like the Nest thermostat.

It just goes to show you that although it can take a long time to transform large, energy intensive industries, where there is a will, there is a way. I’m happy to report that many transportation companies are now making significant efforts to clean up their fleets and do their part to protect the environment. 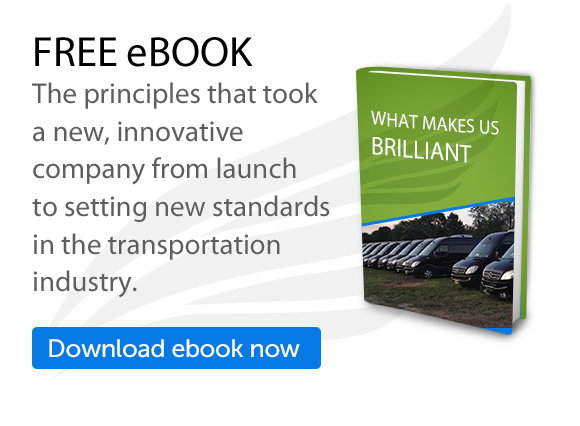