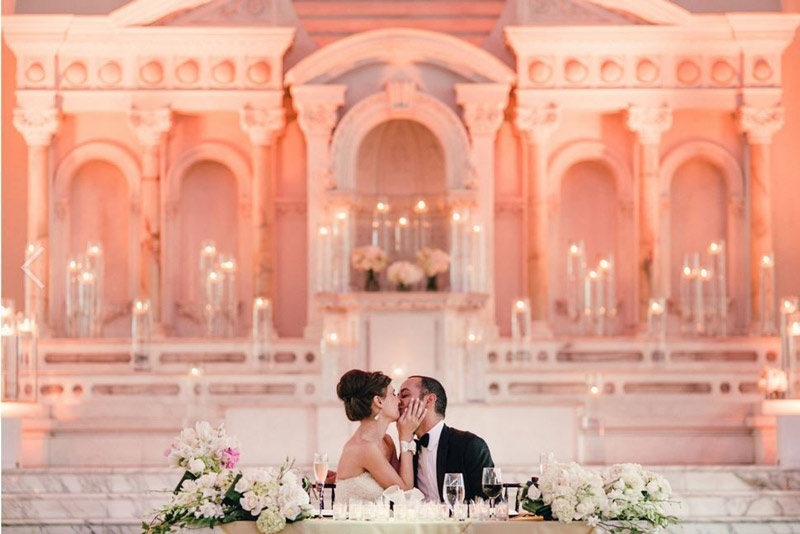 You want the perfect, dream come true wedding day to turn out to be one of the most memorable experiences of your life, and the people you turn to for help with the planning and details should take that prospect seriously.

Sometimes planning out every little detail of these events raises enough stress and friction to sever the bonds between the parties involved. Obviously, that shouldn’t happen. Such a serious undertaking should go exactly the way the bride, groom, and their families have imagined it will. From ambiance and catering, to sound systems, lighting, and optimized space, nobody should be forced into a compromise. If you’re planning a wedding in the New York or Los Angeles areas the following venues have those bases covered well enough to ensure that the marriage flourishes well beyond the wedding day. 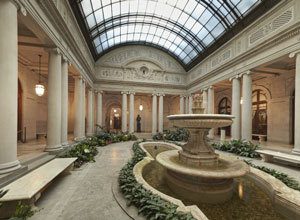 The Frick Collection is a beautiful mansion-turned-art-museum housed in the neoclassical Frick Mansion located on the Upper East Side in New York City on Fifth Avenue between 70th and 71st Streets. The neoclassical mansion, built by the famous nineteenth century industrialist Henry Clay Frick, houses the extensive art collection he began assembling early in his career, which includes many traditional paintings, including works by a number of the famous masters like Monet and Renoir.  The mansion space can be arranged into various configurations to accommodate up to 500 guests for a cocktail reception, or 180 guests for a sit-down dinner. 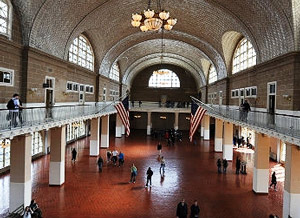 With just an eight minute exclusive ferry ride from Battery Park, NYC or Liberty State Park, NJ Ellis Island is a once in a lifetime event experience that celebrates all our heritage. Ancestors of 100 million Americans can claim ancestors who passed through this space hoping for a new beginning. Now the expansive interior space, totaling 13,000 square feet with vaulted ceilings, mezzanine space, and breathtaking views of the Manhattan Skyline, is a national monument that can be rented exclusively for events ranging from 25 to 1,200 people. Events can even be hosted outdoors under the stars overlooking the Statue of Liberty. Whether it be an intimate cocktail party, or sit-down dinner affair, Ellis Island, with all its stories and rich history will keep guests talking for years to come. Ceremony locations on-site are available, as are fireworks. 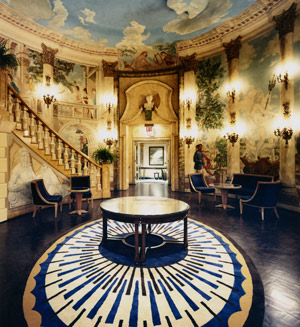 If you’re planning to go big with a New York wedding, there’s no better venue than The Pierre. The hotel which opened in 1930 and went on to become the first hotel to offer televisions and radios in all guest rooms in 1950, The Pierre is now the 41-story, iconic U.S. flagship of Taj Hotels, located on New York’s Fifth Avenue, overlooking Central Park. Although The Pierre was newly renovated in 2009, the vibe is still very Old New York. Once owned by the Standard Oil tycoon, John Paul Getty, The Pierre has hosted the full spectrum of celebrities from the Rolling Stones to Prince Philip. The Pierre boasts a grand ballroom with 18-foot silver-and-gold ceilings and a capacity to accommodate 1,500 guests. Adjacent to the ballroom is the rotunda most famous for its trompe l’oeil murals created by Edward Melcarth in 1967. Guests who book a wedding reception can also hold a ceremony in the separate Cotillion Room for no extra charge. The same goes for the Garden Terrace. Also included in the reception fee are two nights in the bridal suite, a groom’s room for one night, and a Sylvia Weinstock cake. 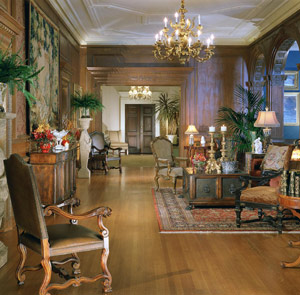 What was once the most expensive residence ever built in California, the Greystone Mansion is a Tudor Revival mansion built in 1928 on a landscaped estate with distinctive formal English gardens, located in Beverly Hills, California. After a storied history, the city of Beverly Hills purchased the property in 1965. Originally the estate was a gift from the oil tycoon Edward L. Doheny, to his son Edward “Ned” Doheny Jr., and his family. The 55 room, 46,000 square foot mansion was designated a public park in 1971, and is used as a venue for special events, including weddings and the Beverly Hills Flower and Garden Festival. It is also a popular filming location. Events like weddings at Greystone are completely customizable and can move easily between day and evening events. Although it has been a longtime favorite wedding venue because of its spectacular outdoor spaces, the City of Beverly Hills, now welcomes indoor events throughout the first floor of the mansion. Greystone, which had been recently retrofitted with a state-of-the-art catering kitchen can seat up to 60 formal dining guests in the Grand Ballroom, or 73 for a lecture-style affair. The entire first floor can accommodate up to 300. On the exterior, 225 guests can be seated reception style and as many as 400 can be seated theater style. 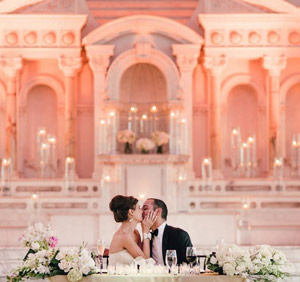 Dating back to 1875 The Cathedral of Saint Vibiana is a former cathedral church building and parish of the Roman Catholic Archdiocese of Los Angeles. After sustaining significant damage in the 1994 Northridge earthquake and an ensuing legal battle between the archdiocese who wanted to demolish the building and erect a new one on the same site, and so-called preservationists who wanted the building spared because of its historical significance, the cathedral changed hands in a land swap with the City of Los Angeles and renamed The Cathedral of Our Lady of the Angels. Now the building is an event space named simply Vibiana and is known as the site for many high-profile events like Emmy Awards after parites, and the Art of Elysium annual charity gala. Vibiana is owned and operated by Los Angeles restaurateurs Neal Fraser, Amy Knoll Fraser, Bill Chait, and some partners, and it has been renovated into a state of the art event venue complete with high-quality sound and lighting systems, custom rental equipment, and event management staff. Vibiana’s main hall and garden courtyards claim interior space that is adequate enough to host as many as 789 indoor cocktail party guests, 550 seated guests inside, 300 seated outside guests, 400-700 inside theater seated guests, and 550 guests seated theater style outside.


Inn of the Seventh Ray

To get to the Inn of the Seventh Ray your wedding transportation will need to to know their way around Topanga Canyon. The location for the inn has always been idyllic, but it is the stages of transformation the facility has been through over the decades that has elevated it to a world class venue. It was rumored to be a summer retreat for the famous LA evangelist, Aimee Semple Mcpherson in the 1930s. Later it was transformed into a church, then a garage, gas station, and auto junkyard.  Now the grounds are divided into five distinct event spaces; The Fountain Patio, The Waterfall Patio, The Creekside Patio, The Garden Room, and The Church Room. The various spaces vary in theme, decor, size and carrying capacity and the range they offer make The Inn of the Seventh Ray a do-it-all venue for weddings, bridal showers,  rehearsal dinners, and post-wedding brunches. The largest of the spaces, The Fountain Patio can accommodate as many as 150 guests. Fees for the various spaces range from $100 to $5000.

You can follow Inn of the Seventh Ray here.