Indulgences No. 5: The Nike Dunk Gets Dipped 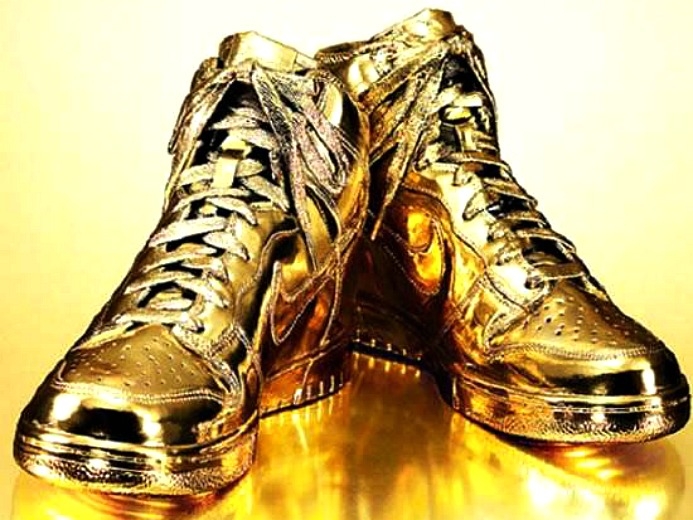 Designer/Artist Kenneth Courtney (aka Ju$t Another Rich Kid) has released a sneaker line called Indulgences No. 5, of which only five will be sold for approximately $6000. The set of midas kicks are one of ten projects in Courtney's Gold Indulgence series, and were achieved by literally dipping Nike Dunks into melted 24K gold. And though they look more like an art investment than a wardrobe addition, they're described as "easy to wear."