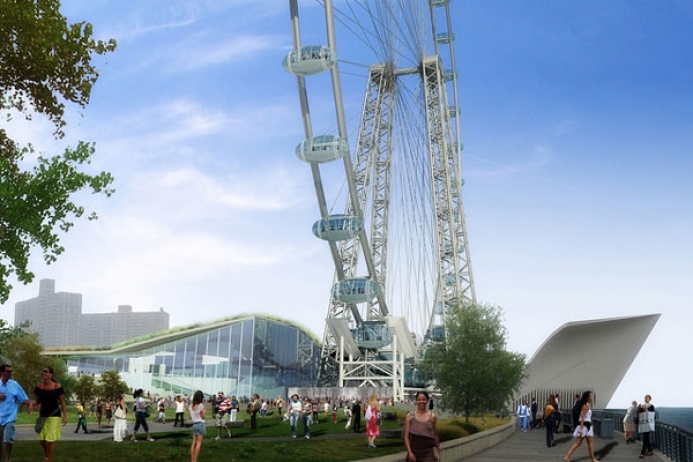 Here's a reason to get off the Staten Island Ferry. The borough is officially going to be the site for the New York Wheel, the tallest ferris wheel in the world, brought to you by the team behind the London Eye and the New York City Economic Development Corporation. Set to begin construction in early 2014 and completed by the end of 2015, it will cost approximately $230 million to build. Sustainable and clean-energy powered, it is set to be built next to Harbor Commons, a retail complex that will include designer outlets.