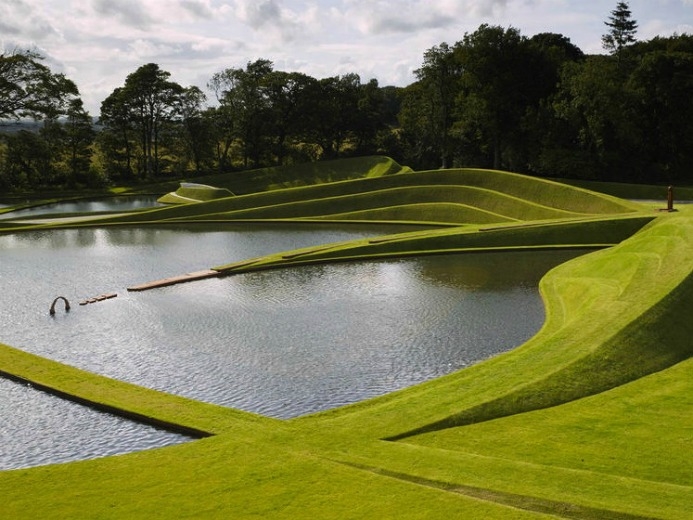 At Portrack House near Dumfries in South West Scotland, Charles Jencks private garden is a true landscaping feat. Established in 1989, The Garden of Cosmic Speculation pulls on everything from Black Holes to Fractals for inspiration, mixing symmetry, chaos, maths and sciences at every turn. The grounds are only open to the public one day a year to raise money for a cancer care charity named for the late Maggie Keswick Jencks, who designed the manmade lakes on the thirty acre sprawl at the foot of the Jencks original eighteenth century manor house. Where else in the world can you stand next to a DNA helix sculpture and stroll up a snail mound representing he Fibonacci sequence of numbers in a single day? 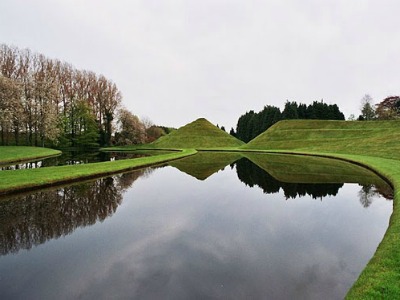